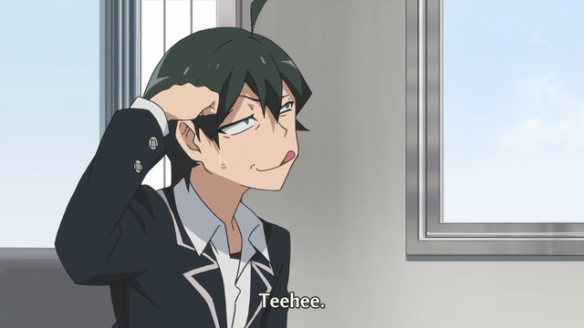 Now, it’s been a while since I’ve talked about something other than Japanese music on this here supposed aniblog (I do have something in the works with regard to that, but more on that later) and I do feel bad about not have spent enough time around these parts as I would like, especially when some of y’all tag me for stuff (which I do appreciate greatly by the way 🙂 ). So rest assured, I don’t just ignore these, just that I’m notoriously horrible at responding to ’em right away.

That said, we do have a total of three tags here, as we are yet again a recipient of the Sunshine Blogger Award not just once but twice over thanks to both TPAB (whom some of you might know better as The Pantless Anime Blogger) and the one and only Auri(cchi) from ToritsukaManga. Rise from Phoenix Talks Pop Culture Japan changes it up though by throwing a bit of a different sort of tag at us in the form of a Stranger Things Book Tag which, you guessed it, is a book tag themed around the popular Netflix sci-fi sensation “Stranger Things”. Other than the latter, I’m pretty sure most of you guys know how these go so I’m not even gonna run down the rules that come with doing this :p

Before anything else though, I would like to give my sincere thanks to these three awesome individuals for keeping this ol’ blog in their memory with their tags. Check them out if you haven’t yet — they’re all very talented writers who deserve as much (if not more) of your time as you spend here with me.

(1) In a Jump All Star rumble, who would you pick to win? Saitama from OPM, Korosensei from Assasination Classroom, Dio from Jojo’s Bizarre Adventure or Kankichi from Kochikame. 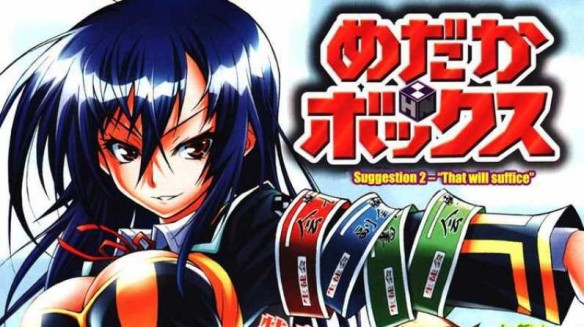 > If I can only pick from the above then I’m picking Dio Brando all day, but if I had my choice of any Jump combatant, Kurokami Medaka would whoop all these guys.

> I’d go home and take my mind off of whatever stressful thing that happened to me that day; I’d watch some anime, play a game or two, maybe read a book or listen to some music. I don’t really like dragging people into my stress and I’d rather just decompress on my own, if that makes sense.

> I was huge on coffee back in college but I’ve since turned a corner and am now enjoying tea primarily.

(4) A random dude in a cat mascot costume suddenly rushes towards you on your way to school. What do you do?

> Wonder why I’m back in school for starters (xD) Then I’d ask if they were someone I knew, which, chances are they probably do.

(5) Truck-san just helped you travel to another world. Which world? The Harry Potter world of Zero no Tsukaima or the WWII-esque world of Yojou Senki and yes, you’re reborn as a loli here too.

> I’m going to ZnT land. I can at least get to see Montmorency :3

(7) You’re going to battle a pokemon in a one-on-one deathmatch. Which pokemon do you choose as your opponent?

> A Ditto. Worst-case scenario I bring the fight to a draw.

> Read my post about it to find out *wink*

(9) Would you rather drink a blendered juice made of apple,celery, and pork fat OR mint, tuna and chives?

> The second one doesn’t sound *too* bad I guess…

(10) Whats the main reason you wake up and leave bed in the morning?

> To see what the new day brings. Life’s too short to dwell on yesterday.

(1) One day morning you wake up and find a letter on your pillow. (Xie-san doesn’t sleep, I know, so add hypothetically for you :D) The envelope is bright orange and it looks a bit shady. But you open it anyway. It’s a ticket to a con! What were your previous experiences with cons??

> It’s been a hot minute since I last went to a convention, but I’ve generally had good experiences going to ’em. I mostly ever went with my uni friends and all we ever sought out to do was check out the cosplays and the merch stalls, so not really much to write home about though. There was this one time though where the con officials held an auction for their anime tarps, and a Re:ZERO Rem and Ram once went up and sold for as high as $200. That was fun (xD)

(2) In your excitement you don’t notice a slip of paper behind the ticket, which later drifts out when you pull the ticket. It reads, “Only one rule, you MUST cosplay.”. Which character would you choose to cosplay and why?

> Kokutou Mikiya from Kara no Kyoukai or Tohno Shiki from Tsukihime. Wouldn’t really have to do much on my end.

(3) On the day, you are cosplaying as Kokutou/Shiki and buying merchandise of your favourite anime/manga. You are approached by a girl of around seventeen or eighteen years who’s cross-dressed as Karma Akabane from Assassination Classroom. You….?

> Ask if I know them from somewhere. Shake hands and introduce myself if not.

(4) Regardless of whether you approached her or not, she approaches you with a smile. “Hey… I am Auri! From the blog?” Your reaction?

(5) After talking for a while, Auri leaves to have ice cream. You walk over to the movie screeening and find that Your Name is being screened. Have you watched it before? What’s your favourite scene and song from the movie?

> I have, yes. My favorite scene was when Mitsuha and her friends got the entire town to evacuate. Fave song has to be “ZenZenZenSe” by RADWIMPS.

(6) After going through various activities and booths, you finally start making your way home, only to realise that someone or something is following you. Your reaction?

> Start walking fast towards the nearest public place. Grab a hold of my keys in my pockets to potentially use as a weapon should things take a turn for the worst.

(7) The thing attacks you from behind and you spin, only to realise it’s a kitten. Before you pet it/ shoo it away, it promptly pees on your merchandise. How do you feel, what do you do?

> Breathe a sigh of relief. Take my merch, put it in a plastic bag, and go on my way.

(8) You get back home finally and place your goods (damaged or not) on your table. What would you have bought? (Pretend everything possible was sold at the con)

> I always grab a shirt or two, maybe even a jacket. A string bag and/or a pouch. Maybe some keychains. I tend to be very practical with what I choose to buy (which ends to my dismay when I start regretting not getting figures or photobooks)

(9) Since my thinking capacity is in an all time low (as seen by these questions and the whole post), make up a question of your own.

> lol, this is actually hard… Why is this hard?

1. EPIC INTRO: The opening sequence of Stranger Things is amazing and really grabs your attention. Name a book that grabbed your attention from the first page.

> The first volume of “The Empty Box and Zeroth Maria” starts off with a scene between two unidentified characters. The character with whom we share a perspecitive of gets offered the titular empty box which grants a single wish of those that possess it (which sets the stage for the overarching narrative of the seven-book series). Almost immediately afterwards we, the reader, are then plunged into the phenomenon of “The Repeating Classroom” — which still to this day is one of my favorite literary sequences across everything I’ve read. The first chapter alone is just an absolute trip.

2. DUNGEONS & DRAGONS: Name a fantasy world you would like to experience yourself.

> This is actually hard for me to give an answer to because I don’t read a lot of fantasy to begin with so… maybe the world of “Spice & Wolf”? With the added caveat of course that I get to travel with Holo and Lawrence.

3. SQUAD GOALS: When Eleven met Mike, Dustin, and Lucas it was a mostly perfect team. Name your favorite bookish group of friends.

> The group of Oreki Houtarou, Chitanda Eru, Ibara Mayaka, and Fukube Satoshi from the “Kouten-bu Series”, better known for its alternate title “Hyouka”.

>Boku, from Otsuichi’s “Goth”. He is one of if not my all-time favorite first-person POV characters for… reasons I can’t be too overly specific with (to avoid any spoilers as I do highly recommend this book) other than that he certainly fits the bill here. The ENTIRE (lol) cast of NisiOisiN’s Zaregoto Series is a close second.

5. THE UPDISDE DOWN: Name a book that was the opposite of what you expected.

> “Convenience Store Woman” by Murata Sayaka. You’ll see this short novel primarily billed as a comedy but, in my opinion at least, it’s actually a fairly twisted read once it gets going. Could just be me though.

6. MAD SCIENTISTS: Dr Brenner likes to get freaky with humanity. Name the freakiest dystopian government you can think of.

> Again, another genre that’s largely absent in the stuff I read so forgive me for digging a little bit deeper here… Maybe “Shinsekai Yori”. Granted it’s more of a new world order type of thing, but I’d imagine The Board of Education and the Ethics Committee (and really the entire village) that saw to a complete rewriting of human history in the advent of a psychic revolution would count.

7. DEMOGORGON: Name a scary bookish creature that you would not want to come through your walls.

> I’m gonna cheat here and bring up a manga title (I’m sorry, I did my best getting up to this point with just book/LN titles) and say “Kage Yuuko” from “Tasogare Otome x Amnesia”. I mean, just look at her.

8. CLIFFHANGER ENDING: Name a book that left you wanting more.

> I’m gonna go back to a novel I answered previously in “Goth” by Otsuichi. It’s a single volume novella comprised of six loosely-but-still-connected short stories that revolve around Boku (the character I mentioned earlier) and the titular goth girl Yoru Morino, both of whom almost always get caught in all sorts of nightmarish hijinx-like situations (“Goth” is by all accounts a horror novel too). The episodic nature of the way the novel is structured leaves plenty of room for potential continuations, especially with the way it ends. And well I’ll tell you know, “Goth” is, like, my favorite book on top of all of that so :3

Of course, as you may have all expected, I will not tag anyone else for these (I don’t think I even have the right to, given how late I’m pushing this out, loljk) but I am however very much interested in how you guys would answer some of these questions so by all means do so if you feel like it down at the comments section below 😀

Like I said earlier, it’s been quite some time since I last put out anything beyond my Listening to Japanese Music posts and I do want to rectify that sooner rather than later, and *winkwinknudgenudge* I actually might be able to in the coming weeks. It involves a certain documentary about anime that came out not too long ago and, well, I have some things to say about it so stay tuned for that one.